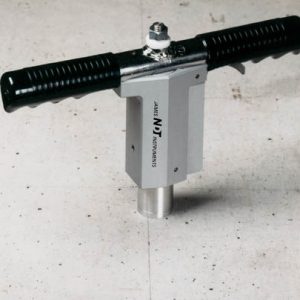 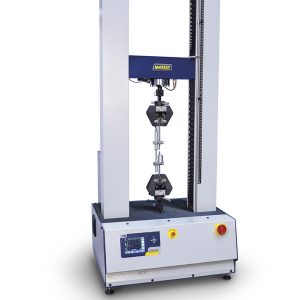 For in-place strength testing of normal and high-performance concrete.

Measures the compressive strength of concrete accurately and effectively, on-site in the field.

The Windsor® HP Probe system rapidly and accurately determines the concrete compressive strength of a structure by driving a probe into the concrete with a known amount of force. Improved and enhanced over thirty years, this modern system is capable of measuring concrete with a maximum compressive strength of 17,000 PSI (110MPA). It has been ruggedized for use in the construction environment, yet refined to provide the user with a simpler system to operate. An electronic measuring unit has been added to help ensure proper test results which can be recorded for later review or uploading to a personal computer.

The Windsor® Probe test has been approved by federal, state and municipal agencies as well as a number of foreign countries in Asia and Europe. It conforms to the following tests, specifications and practices:

The Windsor® HP System does not require great skill to use, plus consistent results can be obtained by construction site supervisory staff or field technicians. In fact, among its users are: contractors, engineers, architects, testing laboratories, ready mix concrete producers, owners, managers and government authorities. This system has widespread use in testing concrete in-situ; on conventionally placed, sprayed or precast concrete; on horizontal or vertical slabs; on floors or overhead; on fresh or mature concrete.

The system is safe to use. The driver cannot be discharged unless it is fully depressed with some force against the actuating template which rests against the surface being examined.

The Windsor® HP Probe System is designed to evaluate the compressive strength of concrete in place. It is non-destructive and can be used with equal effectiveness on fresh and mature concrete. Equally accurate results are obtained on horizontal or vertical surfaces provided that the probe is perpendicular or at right angles to the test surface.

A hardened steel alloy probe is propelled at high speed by an exactly measured explosive charge into the concrete and its penetration measured. Each power load is guaranteed to have an energy level to give an exit muzzle velocity tolerance within ±3%. The compressive strength of the concrete is directly related to the resistance to penetration of the crushed aggregate and cement matrix: this is determined by the distance required to absorb the specific amount of kinetic energy of the probe. The compressive strength of the concrete is empirically related to the penetration that varies with the hardness of the aggregate. This relationship is recognized by determining the Moh’s scale of hardness of the aggregate and applying a correction factor to the penetration.

The combined contributions of both the aggregate and the cement paste to concrete strength are examined by the test. The accuracy of the inferred strengths has been examined in many independent tests and trials. The Windsor® HP results correlate well with the concrete strength determinations obtained by conventional means.

For most accurate test results ASTM recommend so that a correlation be developed for the particular mix design being tested. Exact duplication of cylinder test results should not be expected. The probes measure the strength of the actual concrete in a structure rather than that of a sample compacted and cured under strict and somewhat artificial conditions which do not necessarily represent those of the structure itself.

There are two power settings available, low and standard power. The low power is used where concrete strength is less than 3000 psi (19.4 MPa). The newly designed silver probes can be used for high performance concrete with strength up to 17000 psi (110 MPa). The probes are made of a high strength alloy, specially heat treated and annealed to achieve a hardness of Rockwell C 48. Special machining of each probe eliminates stress concentrations.

Load the driver with a power load and probe suited for the type of concrete being examined. Place the driver firmly on the actuating template and fire. The locating template is then used to locate the probes at the corners of a fixed triangle. Normally, three measurements are required for consistent and statistically reliable results.

The electronic measuring device is menu driven and programmed for selection according to the following parameters.

The three individual tests are automatically averaged and displayed on the LCD in accordance with the ASTM procedure. This data together with time and date of the test are stored in the memory for subsequent uploading to a PC. An extractor is supplied to facilitate probe removal after the test. 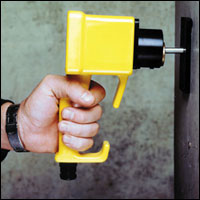 The Standard Windsor Probe ® System includes a depth gauge and ‘Strength Chart” for determining the concrete strength. This is an economical alternative for many concrete test environments.

Caution: If concrete weight is unknown, ALWAYS start with the LOW POWER settings for the Windsor® Probe System; otherwise excessive damage may occur to the concrete under test.

For In-Place Testing of Concrete at Standard and Low Power

Q. Why use three probes?

A. As with any quality control procedure, one is an indication, two is a comparison, and three is a statistically correct result.

Q. Can I use only one probe at a time?

A. Yes, this will usually be done on round columns, but you still need to take an average of 3.

Q. Is there more than one power load available?

A. No, but you can change the power level by pushing the probe and driver head down the barrel. Look in the instruction manual for this procedure.

Q. How do you know when to use low Power or Standard Power?

Q. My probes will not stick in the concrete.

A. You may be hitting aggregate, not enough paste on surface, or driver head is not on probe.